Newman is a mining town in the heart of the Pilbara, located inland about 450 kilometres south-east of Port Hedland in the Diocese of North West Australia. It has a population of around 3000 people and an additional fly-in fly-out workforce of around 800. It is a very young and multicultural town of high salaries and long working hours. There is also a high turnover of locals and FIFO workers. As Newman is quite isolated from surrounding towns, there is a real sense of community in town. There are lots of children in town but few teenagers, as high-schoolers usually go to boarding school elsewhere.

Serving with BCA since January 2016 (Newman since December 2017)


Roger, his wife Amanda and children Ada, Eliza and Benjamin moved to Newman in December 2017. Emily joined the family in 2020. Roger is the Minister of Newman Anglican Church. Prior to this, they served with BCA for nearly two years at Bluff Point in WA as part of a Ministry Training Agreement. Before moving to WA, Roger was the Youth and Children's Minister at Windsor Anglican Church in Sydney.

Roger loves teaching young people and helping them understand what the Gospel is all about. "Seeing lives changed is really exciting," says Roger.


The Kyngdon's January Prayer Points
Give thanks for holidays and the opportunity to spend time away from Newman. Pray for the new year; that God would work in the hearts of new people arriving in our town and bring them along to church. 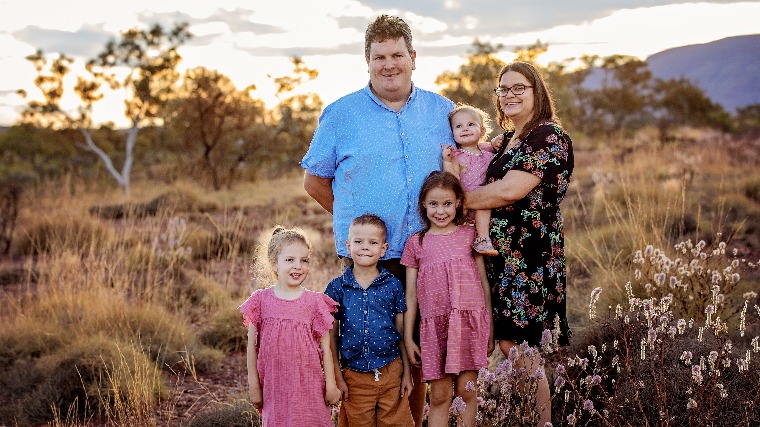 Sign up to receive our Newsletters and Prayer Notes