We can make the plans, but the Lord determines our steps 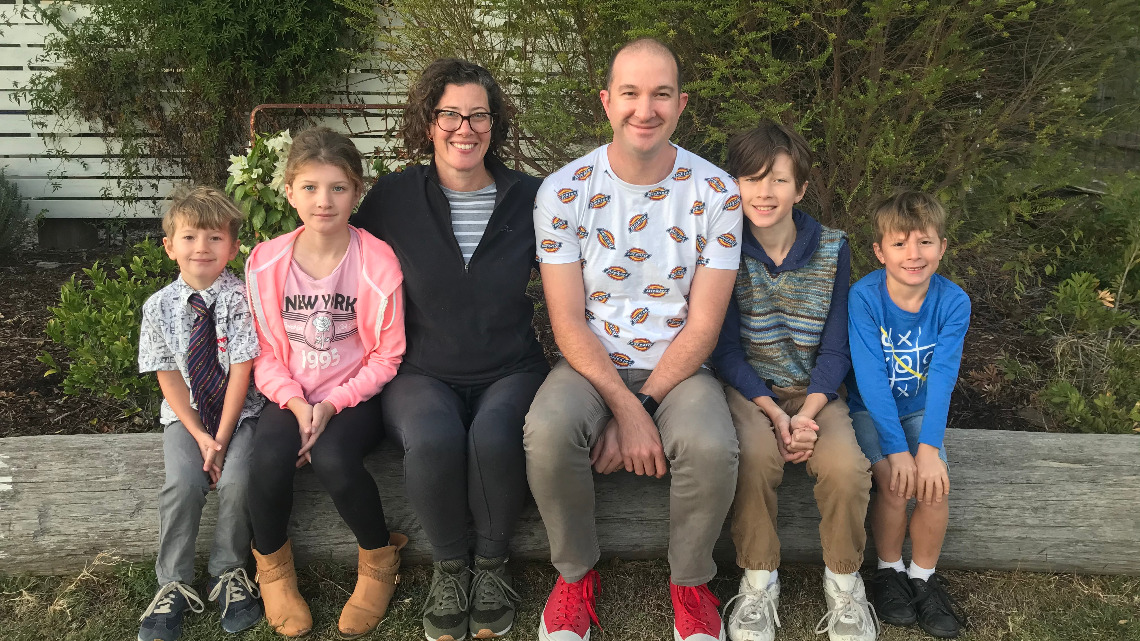 Philip & Jessica van’t Spyker together with their children Jasper, Tabitha, Otto and Corin have joined the BCA family! They are serving Jesus in Yeppoon where Philip is the Families Minister in the Anglican Parish of Keppel. Philip & Jessica tell us a bit about themselves, their faith and what you can be praying for them:

We tell different stories about how we met. One story is that we met in our final years of primary school when we danced together, but didn’t talk to each other. The other story is that we met at a funeral 14 years later, but this time we spoke. A year after that we were married. Both stories are true, we just differ over which is the best way of sharing the story!

We both grew up in North Rocks (Sydney), with families who love the gospel and took us to church each week. We had wonderful children’s and youth leaders who, along with our parents, shared with us both the gospel and their lives. Neither of us can remember a time when we didn’t know Jesus as our Saviour and King. For that we are very thankful. We both served in youth ministry at our churches and had the privilege of seeing young people come to know Jesus and to grow in Him.

Philip did an apprenticeship at Northmead Anglican, while attending Youthworks College before serving overseas for a year with a special focus on the children and teenagers of workers on the mission field. Jessica later did MTS (Ministry Training Strategy) also at Northmead. Her focus was to serve with our Indigenous brothers and sisters somewhere in the Northern Territory. Philip and Jessica prepared for ministry in Darwin, but in the Lord’s wisdom this was not to be.

A year after we were married we went to Sydney Missionary and Bible College to further train for the ministry. After serving with the saints at St Mark’s Anglican in Berowra for five years, we became aware of the need for gospel ministry in Queensland. So we moved to serve in a Presbyterian Church. We then became more and more aware of the need for evangelical clergy in the Anglican Church across Queensland. Philip worked as a funeral director in Ipswich as we attempted to move into the Anglican Diocese of Brisbane. However, this wasn’t what the Lord had in mind for us. During this time we were approached to consider serving in Yeppoon.

We didn’t know a lot about BCA before joining up. Since Bible College, we have seen some friends become part of the BCA family and Philip’s Aunt & Uncle spent some time with BCA in Cloncurry. We were very thankful for BCA’s work in sending good gospel-minded people to serve in small, remote areas of Australia. Places that by some definitions aren’t ‘strategic’. Places that appear to be missing generations of Christians in churches, but where there is great gospel need. We love BCA’s commitment to long-term partnerships where needed.

We also knew nothing about Yeppoon before we moved here and were expecting an outback Queensland town. As we explored further, we discovered Yeppoon
is a very beautiful town on the coast 30 minutes from Rockhampton with wonderful, mild weather.

In our ministry here we pray that God will use us to see children and youth of the church & Diocese grow in their faith and that families will be equipped to disciple their own children. We’re also keen to see intergenerational ministry become the norm across the Diocese. Many urban churches have been well served by young adults who serve as youth and kids’ leaders. In regional churches, there are very few young adults. This is a great opportunity for older adults to encourage the younger ones in their faith and to be equally encouraged as the younger ones grow and share what the Lord Jesus is doing in their lives.

We are also keen to help the teenagers who move to bigger cities for university make good connections so that they are linked to good churches and will continue to grow and serve through all seasons of life.

We are nervous about serving in a new church in an area largely unknown by us. Please pray that we would remember the Lord and that He is King. In the stress of meeting people and learning at a new school, pray that we would be godly with each other and keep bringing our needs to God in prayer.

Please pray that the six of us would have the words to share Jesus with the people we meet and that the Lord would save those we speak to. Finally we ask for wisdom for the best way to train people in ministry to children and young people across the Diocese of Central Queensland.