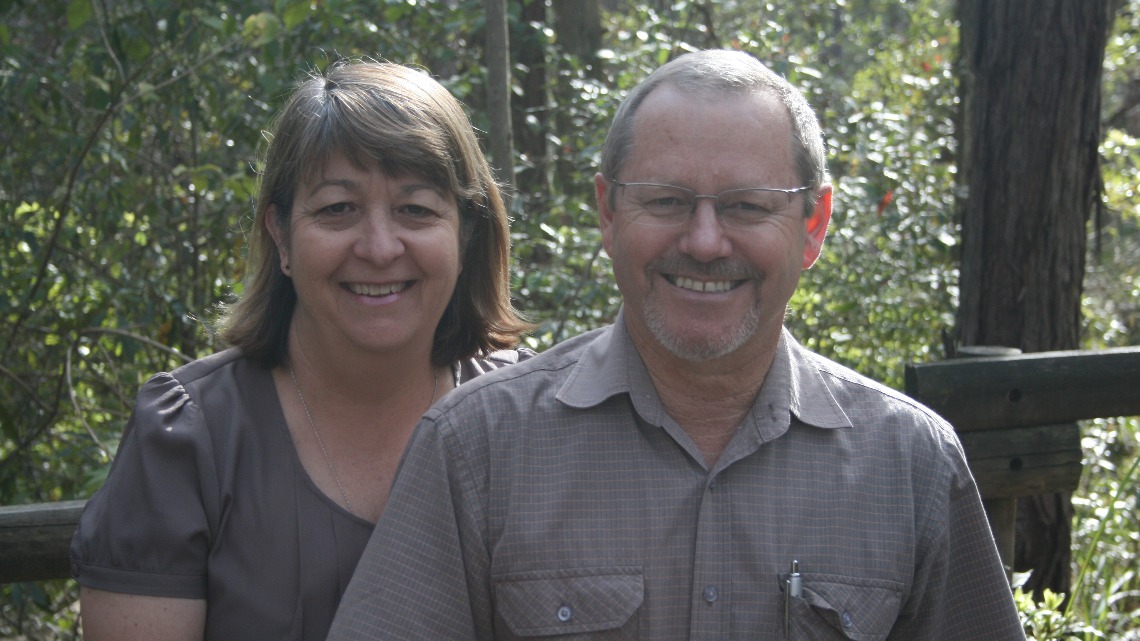 Former Dusty Boots Program Coordinator Robert Stubbs went to be with his Lord and Saviour on 11 October 2019.

Born on 12 September 1956, Robert became a Christian during confirmation classes at St Thomas’ South Granville. During his 63 years on this earth he led a varied and interesting life.

Robert started his career as a carpenter and joiner who was involved with youth and CEBS groups at St Thomas’ and St Paul’s Dellwood. His annual holidays were spent on Beach Mission at Bermagui and Stockton. He married Jenny on 6 May 1978.

At the beginning of 1979, Robert and Jenny entered Church Army College and while studying Robert was appointed as the Youth Worker to Denistone East Marsfield Anglican. During this time he also accepted a role on the Executive of CEBS. After college, he worked with Anglican CareForce and Charlton Boys Home as a detached youth worker and in 1983 took on a manager position at Youthworks Camira Conference Centre, Gerroa.

By mid-1984, Robert decided to continue his trade and returned to Dundas. He secured a teacher position at Blacktown TAFE and gained his Diploma of Teaching.

In 1989 the Stubbs moved to Springwood in the Blue Mountains. Robert embraced the community by getting involved with Blue Mountains Grammar School, Springwood Baptist & Winmalee Anglican Churches and the Faulconbridge Rural Fire Brigade. He established the Youth Street mobile Café with FUSION, was involved with the ‘Walk to Emmaus’ retreats, worked in his own business as a builder and then as a manager for Mission Australia.

Robert’s desire to be involved in educating young people resulted in his appointment as a Design and Technology Teacher at St Paul’s Grammar School, Cranebrook in 1998. He used his creative and practical woodworking skills and was able to talk to young people about Jesus. His own desire for education grew and he converted his Diploma of Teaching to a Bachelor of Education. And after many years of external study, he completed a Diploma of Theology. Using his ministry and teaching skills, Robert would become part of leading and directing Anglican Youthworks HSC Study Camps.

With a love of rural Australia, travelling, an interest in volunteering and involving young people, Robert and Jenny came to establish the Dusty Boots Program with Bush  Church Aid in 2007. Going out during school holidays, they would take students to Tibooburra, Broken Hill, Menindee, Mogo, and Wickham WA. Today this program continues to run across Australia. Year 11 students from numerous schools as well as Youthworks College go out to serve local rural communities through maintenance, gardening, kids’ programs, music and outreach ministry.

Taking a Dusty Boots group to Wickham resulted in the call to ordination by Bishop David Mulready to serve in the cray fishing town of Dongara and the grain town of Mingenew. Robert was appointed as Minister-in-Charge of Dongara Mingenew Anglican Church in 2010 and was also appointed to the Board of Geraldton Grammar School. During this time he continued to promote and go on Dusty Boots trips.

Sadly, in October 2013, Robert was diagnosed with prostate cancer and returned to Sydney for surgery and treatment. In September 2014, he received the all-clear and
was able to return to Dongara until April 2015 when the cancer metastasised to his bones. He retired to Gerringong and left full-time ministry.

Despite having regular hormone therapy treatments, tests and scans, Robert continued with a full program – preaching and leading services at Gerringong, being on call as the Rural Fire Service Chaplain for the Illawarra region, serving as a locum in Kununurra & Shellharbour and was on the Board of The Illawarra Grammar School. In September
2018, when all treatments were exhausted, Robert went on palliative care at home in Gerringong and spent his final days in David Berry Hospital.

Robert is survived by wife Jenny; daughter Candace, husband Evan, children, Zoe, Joel and Ruby; son Phil and wife April. He will be remembered through numerous activities, ministries and friendships, but most importantly for his faith and ‘strength of conviction’ in everything he did!