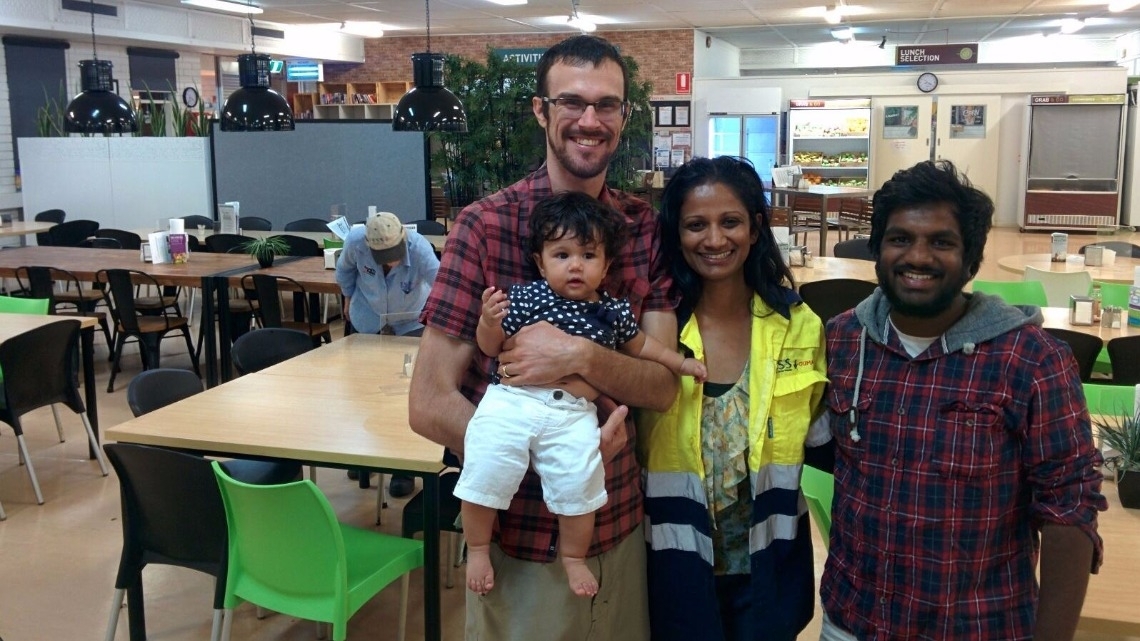 2015 was the year of the visitor for us in Paraburdoo and Tom Price. Every one of those visits was a precious shot in the arm for us. But one particular visitor stands out from the crowd in a special way, and that is Priya’s cousin Joel who spent five months with us last year. After finishing uni, he told me that he would like to spend some time with us doing ministry.

During his time here Joel got his ‘hands dirty’ with ministry in a number of ways. First there was the everyday relational ministry of chatting to people from town and church. He also led some Bible studies, preached sermons, helped me explain Baptism to two teenage guys and was just a very committed and faithful member of our three church services. Having someone to walk home with after church, to help with the dishes, to play with our daughter Evie, or to take Scout the dog for a walk, was a blessing to us, we are thankful for his friendship and faithful service.

Joel also joined the local cricket team and gained a reputation as a decent bowler. I was walking past the Club Manager’s house the other day when Bevan said to me: “When is Joel coming back Dave? We need him!”

Joel is one of many young Aussies who have been blessed by the discipleship he received through the Australian Fellowship of Evangelical Students. This training not only gave him some very useful skills in handling the Bible, but also a desire to use them, which blessed us greatly.

There was so much gained from Joel’s generosity in coming to live with us. We were encouraged to keep persevering in ministry here. God’s people here were blessed and Joel grew in his understanding of God’s word and the needs of Christian mission outside Perth. There is much to thank God for!

We are hoping that Joel will be able to return here in early 2016 after an overseas trip to see family in Canada. Please pray for his future work, ministry and service of Christ in whatever shape it takes.

Please also pray that someone might consider following in Joel’s steps for about four times as long and do an MTS apprenticeship here in the Pilbara.