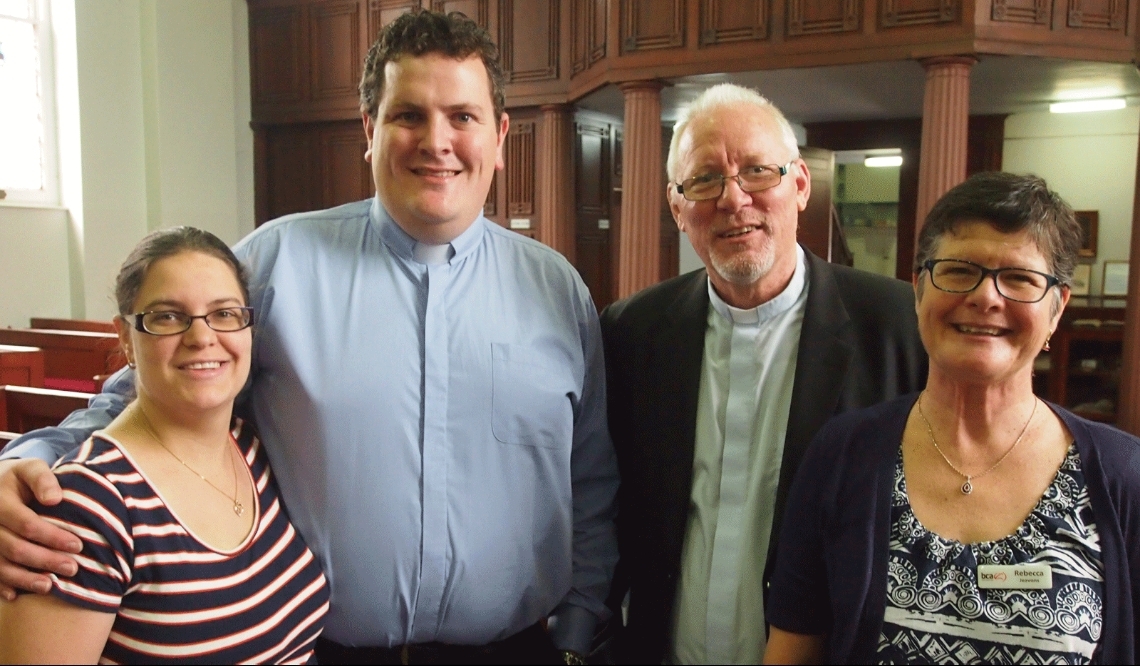 CMS Summer School has twice been the turning point in the lives of new BCA Field Staff Roger and Amanda Kyngdon. It is where they first met in the summer of 2009 and it’s where in 2015 Gary Nelson offered them a position in the Diocese of North West Australia.

Roger and Amanda moved to Bluff Point in January as part of a Ministry Training Arrangement with BCA.

“Gary Nelson (Bishop of North West Australia) has organised for us to go to Bluff Point as the minister there is able to give us good training,” says Roger. “He also wants us to minister to young families as because we have young children it will be easier to make connections.”

Roger was previously the Youth and Children’s Minister at Windsor Anglican Church but he and Amanda have always hoped to move to Western Australia.

“Our long term goal has always been to go to WA as my side of the family is there,” says Amanda. “The job literally fell into our laps and we have to see the hand of God in that.”

For Amanda this marks a return home after 10 years in Sydney and for Roger, it’s the first time he’s moved so far away from his family.

Amanda’s family have a long association with the Anglican Church. Her grandfather, The Rt Revd Howell Witt, was the Bishop of North West Australia from 1965 to 1981. He was so well regarded for his work and great sense of humour he even appeared on ‘Parkinson Down Under’ (The video of his appearance on YouTube is well worth a watch).

Roger grew up in a Christian family in Wollongong and his father Geoff was at one time assistant to the Bishop of Wollongong. “I always knew that being a Christian and having a relationship with God was something really important,” says Roger. “After completing my primary teaching degree, a minister encouraged me to do training with him, or as he called it – career diversion therapy. After I completed that I went to Moore College to pursue further study.”

The first plan for Roger and Amanda, their children Ada (3) and Eliza (18 months) is to settle into life in Geraldton while they await the birth of baby number three. They would value your prayers.