Sharing Life and Jesus in the Pilbara 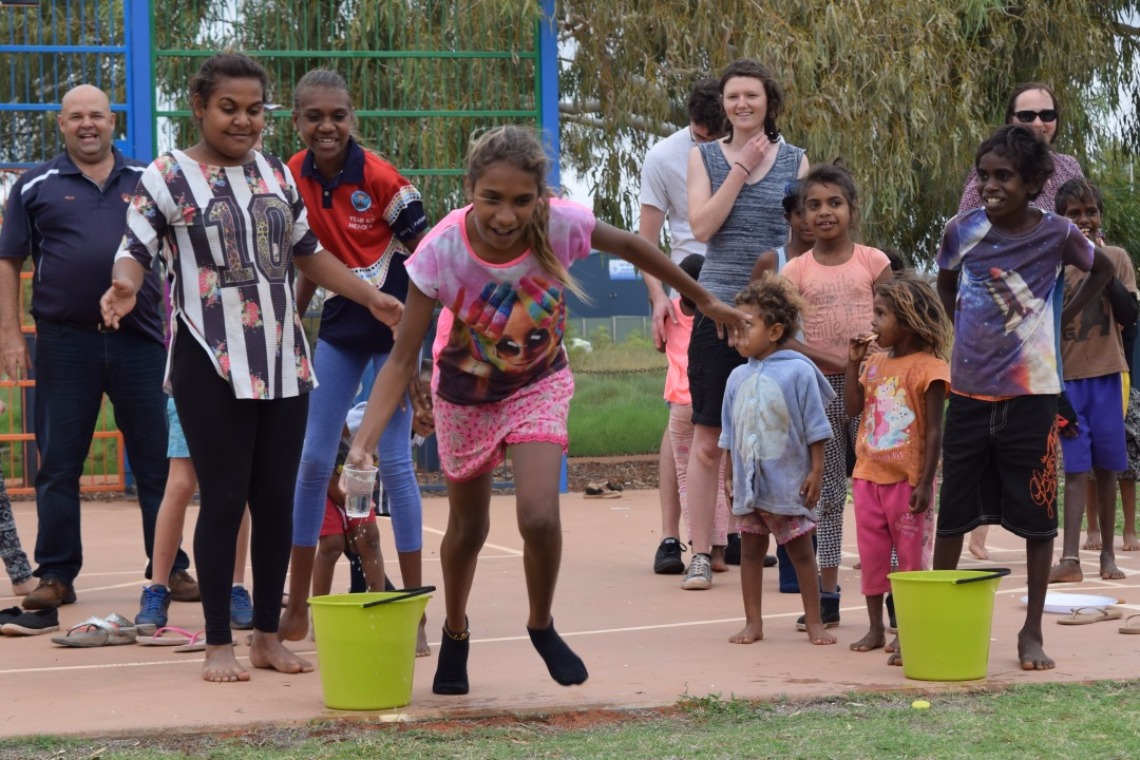 Relay races at the Kids' club in Wickham. Photo by Emma Collett.

“That’s what we, the whole Dusty Boots team, do. We share life together in the communities where we are,” reflects Emma Collett, co-mission leader from Youthworks College.

Students from Youthworks College, together with a support team from Sydney’s Norwest Anglican Church, travelled to the Pilbara in July for fifteen days of mission in Wickham and the Aboriginal community of Wakathuni. This was the second year that a Youthworks team has visited the Pilbara and served alongside BCA Field Staff Richard Goscombe and David Morgan.

It was a different experience of ministry for some students. “It was immediately clear that ministry in this context did not necessarily take the same formal appearance of an SRE classroom or Friday night youth group,” says second year student Gavin Cooper. “Rather, we were on the ground, meeting the children at whatever life situation they were in and showing them God’s love by hanging out with them.”

“The outlying community of Wakathuni gave the team such a warm welcome that left everyone humbled,” says Richard Goscombe. “The visit last year meant a great deal to the community, but to have them return seemed to mean even more. The Elders were so grateful and shared with us about themselves, their joys and sorrows, and their longing to see their community living fully the life that God gives through Jesus.”

While in Wakathuni, the team hosted breakfast, drove kids to school, ran an after school Kids’ Club, held BBQ Church services, and shared meals and yarns around the fire each night. That level of engagement had a real impact.

“Their graciousness in allowing us to stay in their community is matched by their appreciation that we do stay with and among them, rather than in Tom Price like all other visitors,” says Richard. “This is a big part of why they see Dusty Boots as something different, and they recognise that difference is because of Jesus.”

In Wickham, the team hosted two school holiday Kids’ Clubs. On the final day, when unseasonal wet weather washed out their plans, the team hosted the program in their accommodation, sharing life with those in Wickham the way they had in Wakathuni.

While they weren’t always able to share the gospel, everyone in Wickham knew they were with ‘Pastor Rich’. “They knew the gospel was driving the reason that we were there and they really valued it,” says says co-mission leader Tim Beilharz.

There is no doubt that God worked powerfully through this trip. “Brendan, the Elder of Wakathuni, and I, shed tears as we gave thanks for the rain, and prayed the Lord would flood the hearts of his [Brendan’s] people,” Richard says.

Youthworks College will partner with the Goscombes, BCA and Norwest Anglican for another trip in 2017.