Responding to the need in the North West 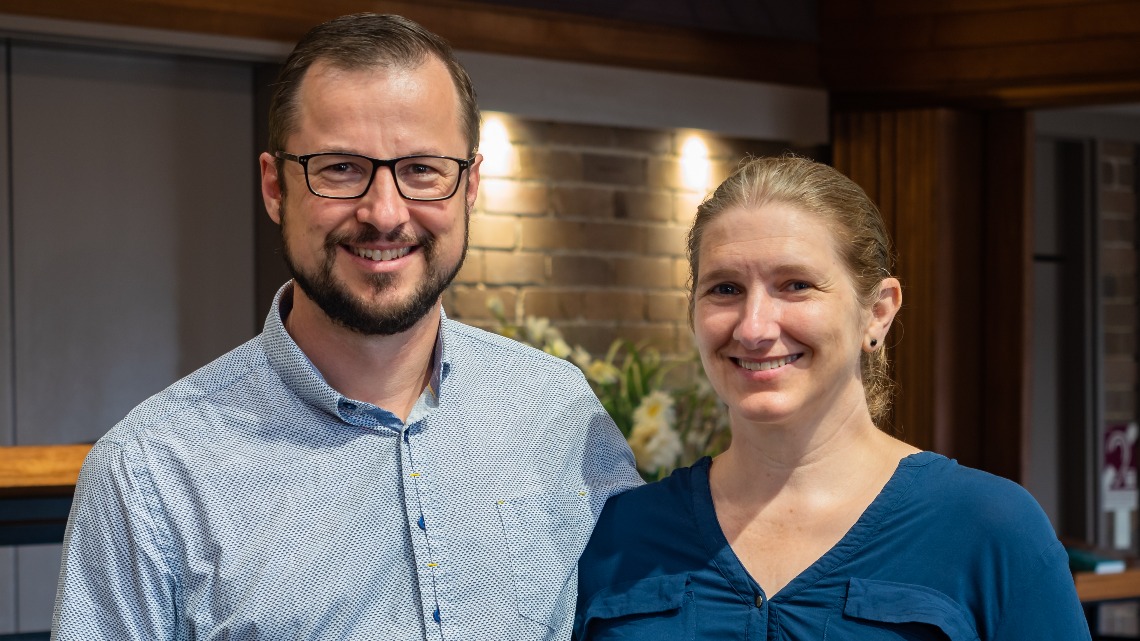 Sydneysiders Simon & Alison Roberts have answered God’s call to minister to the people of Exmouth. In doing so they have left behind their position leading the faithful at St Mark’s Malabar as well as their two young adult daughters Rachel and Lauren.

“There are lots of reasons why it's difficult, perhaps even costly in some ways to move to the other side of the continent,” says Simon. “But in light of the gospel, those costs are worth it.”

Simon, who has been the Senior Minister at St Mark’s since 2011, became a Christian during an HSC study camp: “I went into that week not knowing much about Jesus but came away convinced He was Lord and Saviour.” Alison does not remember a time when Jesus wasn’t part of her life: “I remember asking Jesus into my life when I was four or five, but it wasn't until my teenage years that I realised that meant having Jesus in charge and Lord of my life.”

According to Simon, his path to church ministry has been “full of twists and turns”. Before he commenced theological studies at Moore College, he started working part-time and with the other part of his week produced a CD-ROM version of Two Ways to Live. After theological study he worked for Matthias Media for six years before taking up part-time then full-time ministry.

While BCA has always been part of the churches the Roberts’ have attended, they feel that they have much to learn about the work of the Society, and where better than in the Field. “For quite some time we have thought about moving outside of Sydney as we have been aware of the need for gospel workers elsewhere,” says Simon. “In 2018 we travelled through Central and North West Australia on long service leave, so when we saw the position at Exmouth advertised, we thought it would be a good fit for us.”

Although ministry in Exmouth may look very different to ministry in Malabar, Simon’s goal remains the same – to be a faithful disciple of Christ who is making more disciples.

“I don't know exactly what our ministry will look like in a 'COVID-19 world' but more than ever people need to know their Lord and Saviour,” says Simon. “So I pray that God would use us to equip the saints for works of service and that He would grant many opportunities to share the good news of the gospel.”