Noah and the BCA box 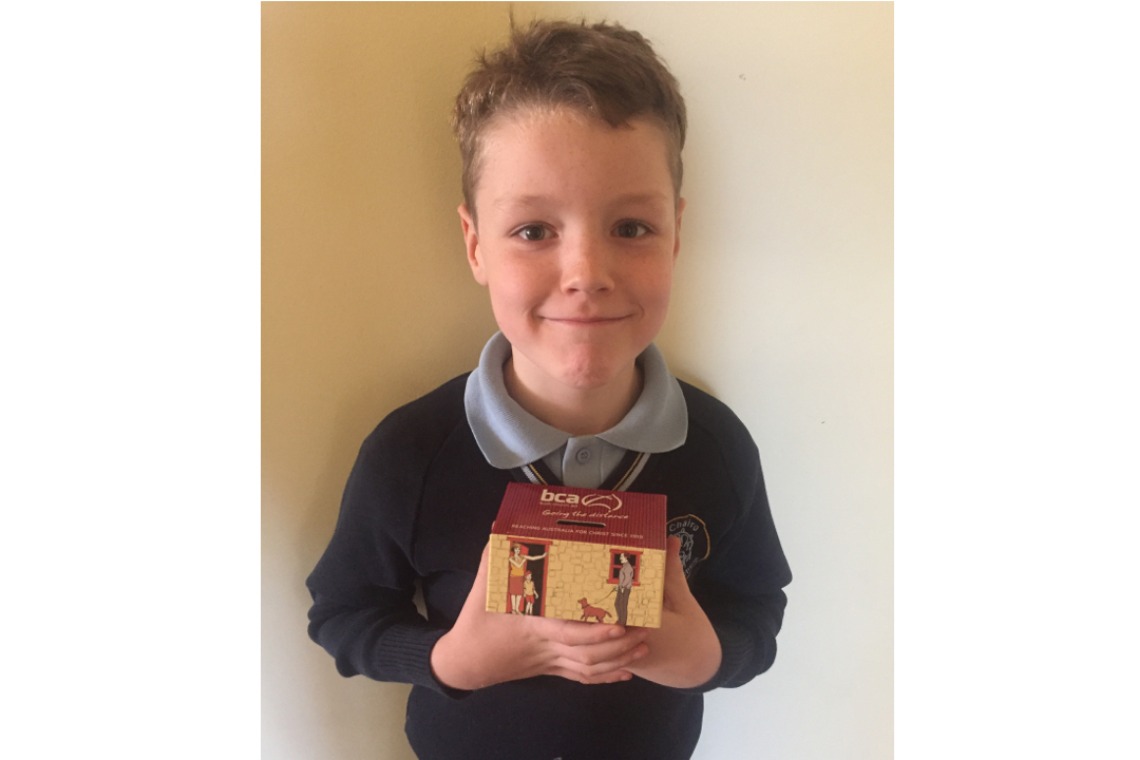 We have had a BCA box on top of our fridge for a few years now, putting our coins in it and then taking it to church for collection.

Our eight year old son Noah’s contribution to the BCA box started in January this year. He had found a Lego set that he really wanted when we were walking through Target one day. As it was quite a large set and not near his birthday or Christmas we explained that he wouldn’t get it immediately. Considering his age and the fact this could be a teaching moment, my husband Jonathan and I suggested he could lay-by it and complete jobs for us to pay it off himself. As we were in the middle of moving out, demolishing our house and moving into a rental property with much work to do, we knew there would be many opportunities for him to make some money.

Noah started his jobs by scraping mould off our fence, unpacking boxes, moving shed equipment and wood planks. Once he received his first pay, Jonathan sat down and explained how now that he was earning money he could give some away to help those who needed it. He then explained how God asks his family to give away 10 per cent of what they earn as a way of saying thank you and being grateful for what we have. Noah looked on top of the fridge and chose the BCA box to be the recipient of 10 per cent of his earnings.

Months went by and Noah worked hard, each time he received his money, he put a portion into the BCA box and then went into Target with the remainder.

One Friday, he and his brother, Jedidiah, decided to collect up the macadamia nuts from a tree in our yard and sell them out the front on the footpath. They were “Five cents each or FREE if you are poor”. Three hours went by and they had made over $13. Assuming he would put it towards his Lego, we asked Noah and Jedidiah what they were going to do with the money. With no time spent pondering at all, they both said they wanted to put all the money into the BCA box, “to the churches that don’t have much money”. There was no discussion, they got up from the table, put the money in the box and walked out. Jonathan and I were so very proud, we explained to them how God would be so proud and would bless them for their generosity.

A week later, Noah went to Target with his Grammy to collect some pyjamas for his sister. While they were there Grammy noticed that they had a sale on Lego and enquired about whether this would be applicable to the Lego Noah had on lay-by. Miraculously it did and the exact amount that was outstanding from Noah’s account was the exact amount that would come off with the discount – $30!! Smiling from ear to ear, Noah ran out to the car holding up his Lego to my surprise exclaiming “God paid off the rest of my Lego, for me!”

What a blessed boy, I know that Noah and the rest of us in the family will remember Noah’s generosity (and his brother’s) and the encouragement from God for a long time to come.