Learning to be utterly dependent on God 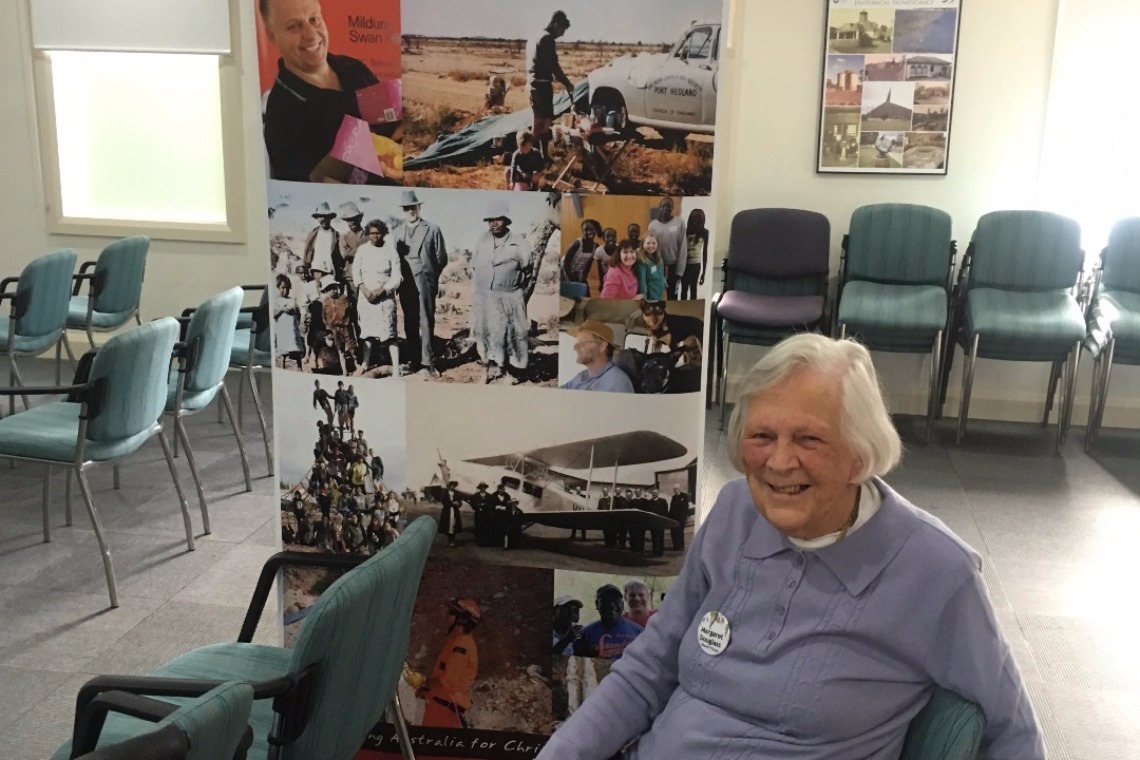 Margaret Douglass was not so keen when her husband Don decided to become BCA’s first Missioner in Port Hedland 60 years ago. But she wasn’t ready to have him go without her so she packed up the kids, her belongings and joined him. Life in the North West in 1957 was not easy but Margaret says her time there had a profound effect on her.

It was when we were in our first parish that Don came home after a BCA deputation and said  here’s a place in Australia that’s so hot people live underground. He said they have a doctor, a teacher and a post office but it’s too uncomfortable for clergy to go. The next day he was still talking about it. He volunteered to jump out of aeroplanes in World War II and I suspected he was going to volunteer for this. And he did. Instead of asking Don to go to Coober Pedy, BCA asked him to go to Port Hedland and cover the whole Pilbara.

The beginning of our time was very difficult. It took us four days to get there from Perth. The roads were just red dirt. The heat was so dry. As soon as we got there Don went off. He had the habit of visiting Marble Bar, Roebourne and Wittenoom every month. He left me with an empty house. I was terribly lonely. I had two small children and there was no communication of any sort back then. When the ship came in every six to eight weeks there would be magazines and letters from home. I wrote to six close friends in Sydney and asked them to please pray a Christian into this town, I didn’t think I’d survive if they didn’t.

The second year we were there I became close friends with the wife of the garage owner who was a keen Baptist Christian. The new teacher at Roebourne was a Christian and the teacher in Marble Bar was a Christian. In each of the towns I had someone who I could share, pray with and talk about my faith. It was a real answer to prayer.

The first women’s meeting I had in Port Hedland we had a mixture of Indigenous and non-Indigenous people. I came out with the tea and asked ‘how many whites and how many blacks?” I wasn’t thinking but luckily everyone roared with laughter. Out of that meeting we started a regular women’s meeting, a Bible study and a Mother’s Union group. I also formed a women’s group in Wittenoom and we met in the pub – I think people in Sydney were shocked but there was nowhere else to meet!

In the North West we faced the huge realities of people who tried to take their lives, people who had drinking problems and people who had very little. There were some pretty tragic stories and we were involved in most of them.

I really grew up in Port Hedland and that’s why my time there was so significant. I think I dealt with issues that I wouldn’t have anywhere else. I still take a particular interest in the Pilbara. Needless to say even though I was just 27 and only there for four years, it had a huge effect on my spiritual life. I learned to be utterly dependent on God.