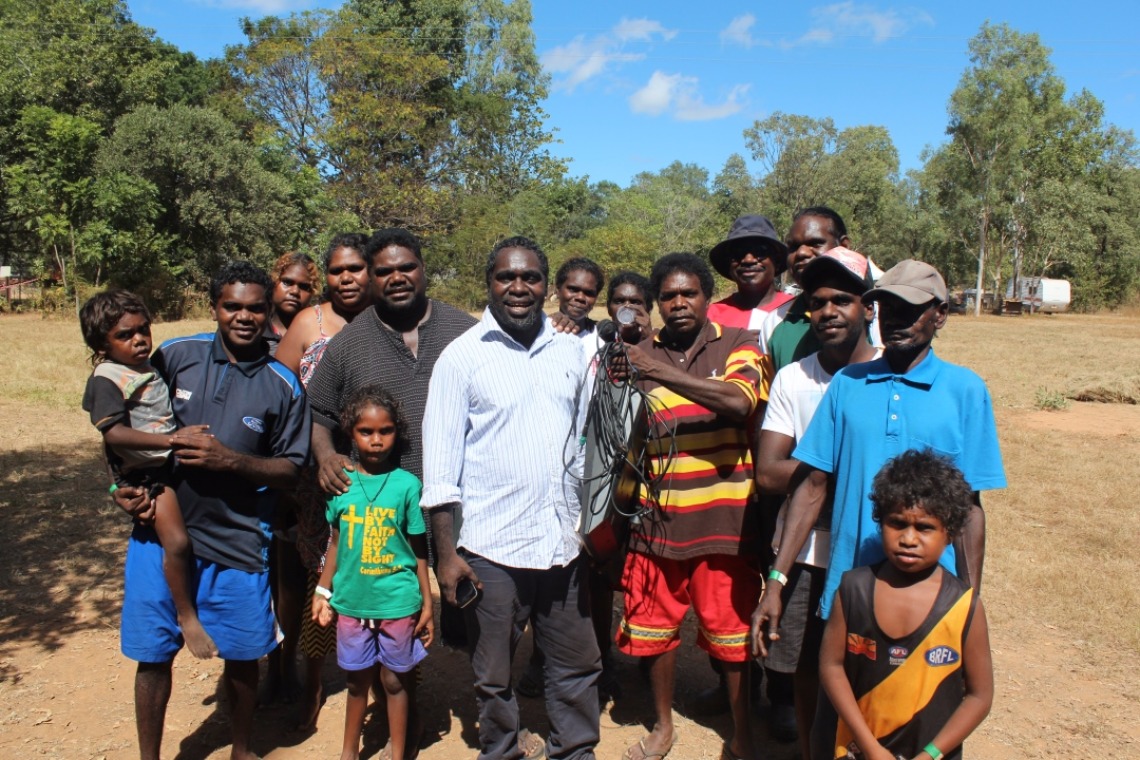 Indigenous Community Leaders who have been mentored by BCA’s Bruce Chapman took centre stage at the youth program at this year’s Katherine Christian Convention (KCC).

Since Bruce commenced leading the youth program in 2009, it has combined teaching with a space where Aboriginal leaders can be trained.

Mandy Mangurra, Craig Rogers and Darryn Farrell each conducted sessions related to this year’s topic – God’s Big Rescue (the Easter story). Mandy, from Darwin/Numbulwar, spoke on Thieves on the Cross; Craig, from Ngukurr, spoke on The Empty Tomb and The Road to Emmaus and Darryn, from Minyerri, spoke on Pentecost.

“It was so exciting,” says Bruce. “Their talks were fantastic; they were well prepared, gospel-centred, aimed at the young people and had great application. There was a certain level of Christian maturity in all of them that wasn’t there seven years ago when I first came to KCC.

“These three now have leadership positons in their various communities – Darryn has been deaconed and Craig runs the Roper Yangbala Kemp (Kriol language youth camp).”

Apart from talks, the youth program included games, action, drama, reading the Bible, painting and music. The music was led by Alistair Lalara from Bickerton Island.

“Alistair is a bit of a rock star in Arnhem Land,” says Bruce. “Everyone has his songs on their phones but most people had never seen him. Alistair sang with a bunch of people from his community and as part of that also shared his testimony.”

This was the first time that a group from Bickerton Island (a small community of around 200 people) had attended KCC. Darryn Farrell was so excited to meet Alistair for the first time he made sure to get a photo with him and some of the people from the Island (see photo).

“That sort of thing happens over and over again at convention,” Bruce says. “You get people coming together from remote communities from right across the top end, meeting each other for the first time and having fellowship together. But the most exciting part is that people get encouraged and grow by hearing God’s word taught.”