From the Archives – Flying to save 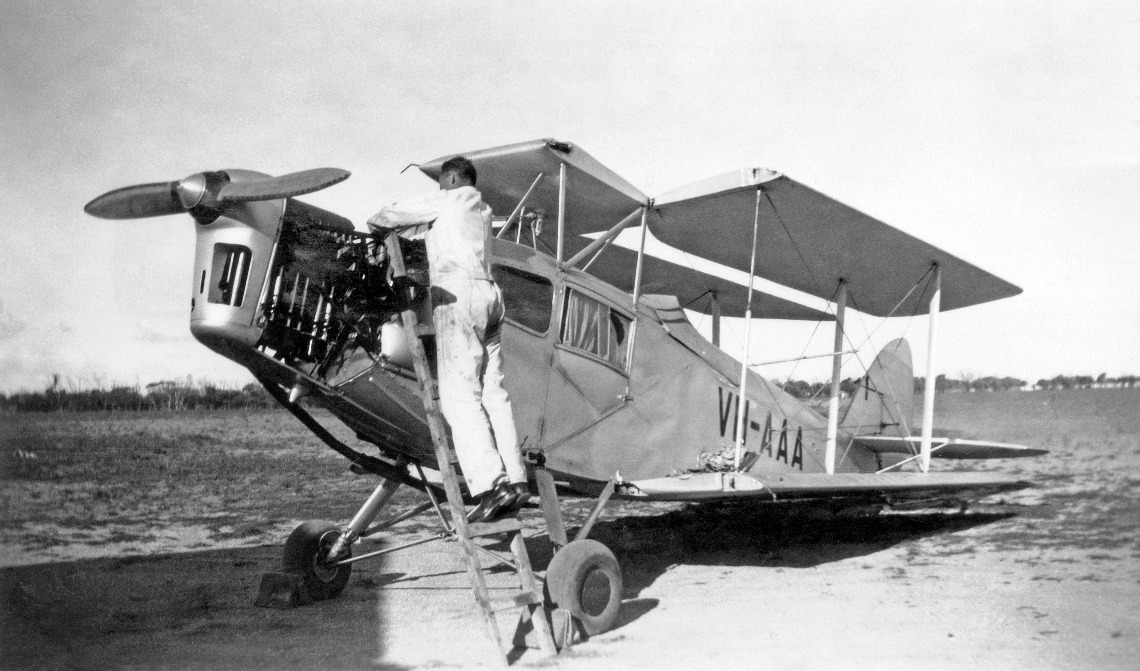 The BCA Flying Medical Service which commenced in 1938 was invaluable to the people of the west coast. In an abridged version of an article that appeared in the April 1939 edition of The Real Australian, Pilot Alan Chadwick recalls one urgent trip.

Reid – this is the name of a tiny railway camp on the transcontinental railway, about 110 miles from Cook, and in the heart of the great Nullarbor Plain.

A party of men is engaged in repairing a section of the line; some of them had travelled all the way from Cook to assist. It was Sunday, and normally they would have been resting from their work, but one of their number was suffering intense pain. His mates felt that he needed medical attention, so the trolley was loaded and the journey back to Cook was begun. It was midday on the following day when the patient was handed over to Sister Todd, at the Bishop Kirkby Memorial Hospital, and it did not take Sister long to realise that doctor's presence was required as soon as possible.

The piano-tuner was merrily thumping away at the keyboard of our piano when the phone rang, and doctor, at the other end of the wire, said, "We have an urgent case up at Cook, can we make it tonight; it is 3.30 pm now?'' Making a rapid calculation of the hours of daylight left, the time it would take us to be ready, and the estimated time for the journey, the tailwind being in our favour, I said, ''Yes, if we hurry, and leave almost at once.''

As I hung up, Mr. Piano-tuner said, with eyes like saucers, "Oh, is it – thump! – an urgent call –thump-thump?" This was quite evidently his first insight into the workings of a flying medical service. So excusing myself I disappeared in the direction of the Vacuum Oil Company's Depot.

Happily the agent was at home, and we drove quickly out to the aerodrome and prepared VH-AAA for flight. By the time Doctor and Sister Dowling drove up, everything was ready. We lost no time in taking our places, and again to that steady beat of the engine, headed north-west towards Cook.

Today the designs on the patchwork quilt below changed quicker than usual, and leaving Penong and the cultivated fields for the light timber and grazing lands, Colona, 102 miles, was reached in the first hour.

Passing White Wells, and turning the corner at "Nullarbor" homestead, we face the open plain, and climbing up to 3,300 feet, just above the top of a thin layer of cloud-haze, which has persisted all along the coast, we float along on top of the world, as it were, with the cloud-layer stretching out for many miles to the east and west.

With the wind still very much in our favour the intervening distance to Cook is soon covered, and flying over the hospital to announce our arrival, we turn back into the wind for a landing. As the wheels roll to a standstill at the edge of the aerodrome, we step out of VH-AAA just two hours fifteen minutes out from Ceduna. This has been our fastest flight, during which I had asked of our beautiful little motor, all in power and speed that discretion allowed me. And she gave it without a murmur.

While Doctor and Sister made their way across to the hospital, for me there followed the usual preparations for the return journey on the morrow. Then, with the assistance of several others, who had come across to meet us, we placed the covers in position and pegged VH-AAA down for the night on the leeward side of the fuelling depot.

With an hour of daylight still left I made my way over to the hospital, where an operation was in progress, which definitely saved a man's life. Coming out of the theatre, Doctor was almost ‘walking on air’ and his smile spoke volumes. There was no hesitation in saying that had we not arrived when we did, that patient would have been in a serious plight.

In discussing the events of the last few hours we felt that if ever the Flying Medical Service had justified itself it had done so today, and after Doctor had had a final peep at his patient we all turned in for a much-needed night's rest.