From the archives - First Impressions 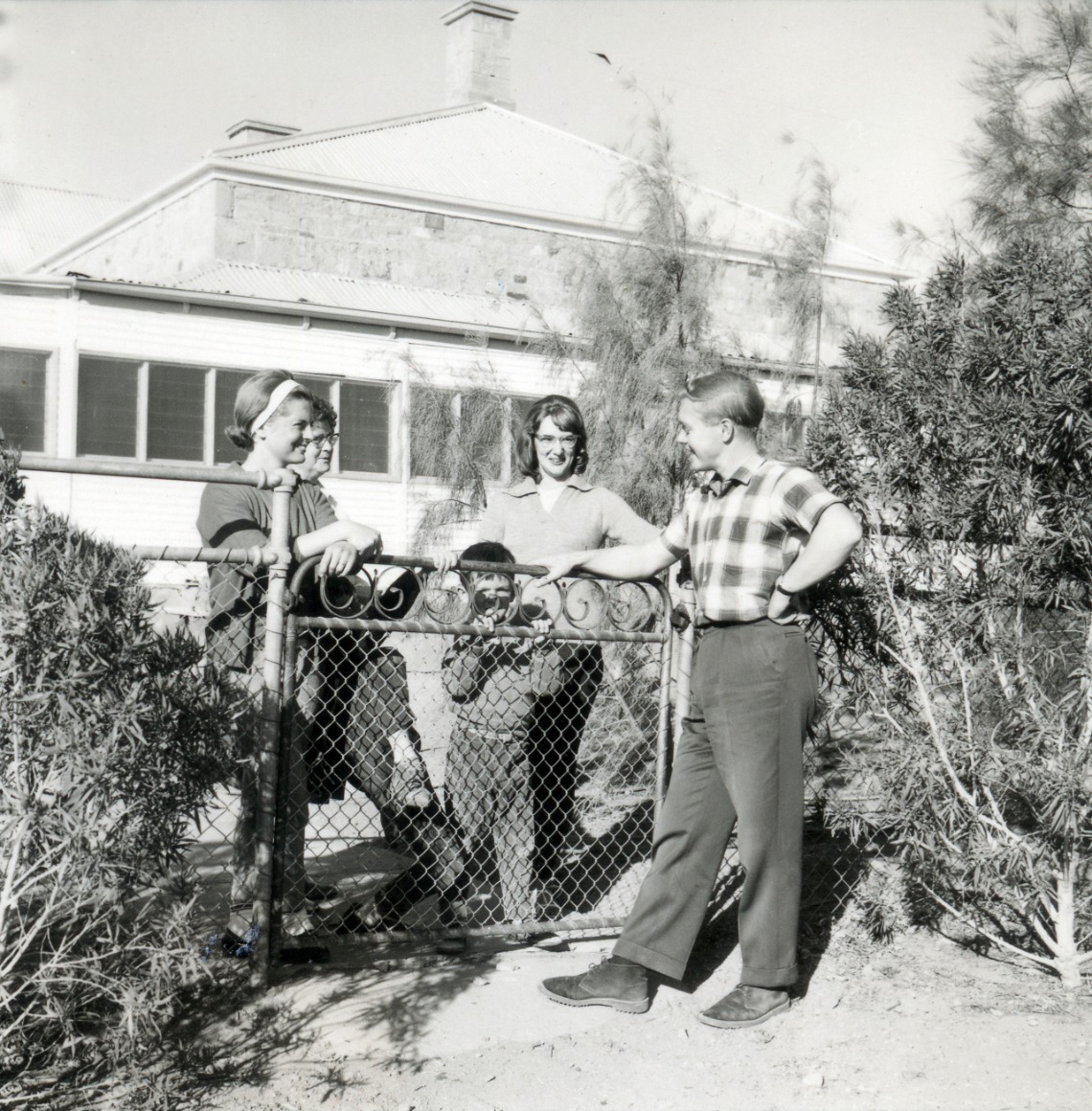 This article first appeared in the June 1967 edition of The Real Australian and was written by then Missioner Ernie Carnaby who served in Leigh Creek from 1966–69 and went on to become BCA’s Federal Secretary in 1986.

Leigh Creek township has been described as an “oasis in a gibber-strewn country” – our first impression was “an oasis in the desert,” for truly it is.

You may well ask why a town exists there at all. Purely and simply to mine by the open-cut method, very valuable coal seams, some of it only 50 or 60 feet beneath the surface. To give you an idea, by the early 1960s more than 10 million tons of coal had been removed from Leigh Creek. Present coal production at Leigh Creek is well over a million tons a year, with plans to increase this to two million tons. All the coal is railed to Port Augusta powerhouses.

Your first thoughts then might be of us living in sooty surroundings with blackened coal miners. Hans Mincham, a noted Flinders Ranges authority, dispels this notion, “Situated six miles north of Copley (and 351 north of Adelaide) an open, treeless country, Leigh Creek township, which was surveyed in 1944, has almost the appearance of a metropolitan suburb that has been transported on a magic carpet and set down on a dusty plain with a background of colourful ranges.” The present population is about 1,200, and the town consists of more than 220 well-built homes, blocks of self-contained flats, and well-equipped quarters for unmarried men. The town is completely sewered and all roads within are bituminized. One is amazed to find 10,000 trees and shrubs which have been established along the streets and in reserves. Colourful gardens can be seen where once early explorers saw nothing but desolate and cheerless waste.

Few places though are less inviting than the immediate surroundings of the township. Dust storms are frequent, and summer shade temperatures of 110–115 are quite usual. Yet the living conditions are probably better than in any place of the same size in South Australia. The rectory itself is modern, airconditioned and most comfortable.

Into this situation BCA has been called to minister the saving gospel of the Lord Jesus Christ. The Society supplies the town and its out-lying centres with a clergyman, usually a married man with a family. His pastoral responsibilities involve him in some alarming figures. The parish or 'mission district' covers two-thirds geographically of South Australia, touching the borders of WA, Northern Territory and Queensland (250,000 squares miles – and for comparison almost three times the area of the British Isles). Once a quarter, a 'patrol' is undertaken, taking him through Marree, Oodnadatta, Earnabella, Musgrave Ranges and Coober Pedy. Twice a year finds him tackling the Birdsville Track up to Birdsville and then returning on the lesser-known Strzelecki Track through Betoota, Arrabury, Cordillo Downs and Innamincka. Quarterly also is a patrol to the east through the magnificent Flinders Ranges with such breathtaking sights as Italowie Gorge and others. (See where some of these places are on a map in relation to Leigh Creek.)

The missioner travels in a Land Rover fully equipped for bush work, complete with compass, gauges, aerial, radio transceiver, jerry cans of water and spare petrol, emergency rations for two or three weeks, Bible Society stocks, 16 mm. projector, films, portable generator, old clothing to give away and magazines for railway workers. On occasions, some of the trips are by aircraft, which breaks the tiring driving. For five to six months of the year he is away from home and covers as much as 40,000 miles annually in temperatures which sometimes soar over 120°F. Besides the arduous travelling, he is expected to maintain regular services in Leigh Creek and to be a pastor to God’s people there.

Why does he choose this work? He is caught up in the motto of B.C.A. – “Australia for Christ,” and feels constrained to take the precious good news to those in sparsely populated areas of our great inland. Every personal contact he makes is for the sake of Jesus Christ whether the person is a railway worker, station owner or manager, stockman or schoolteacher. Will you covenant before God to support him in prayer that the Word of God might be sounded forth into every place? Remember he is your representative.

Every edition of The Real Australian from 1920 to now can be found online at our archive. Click HERE