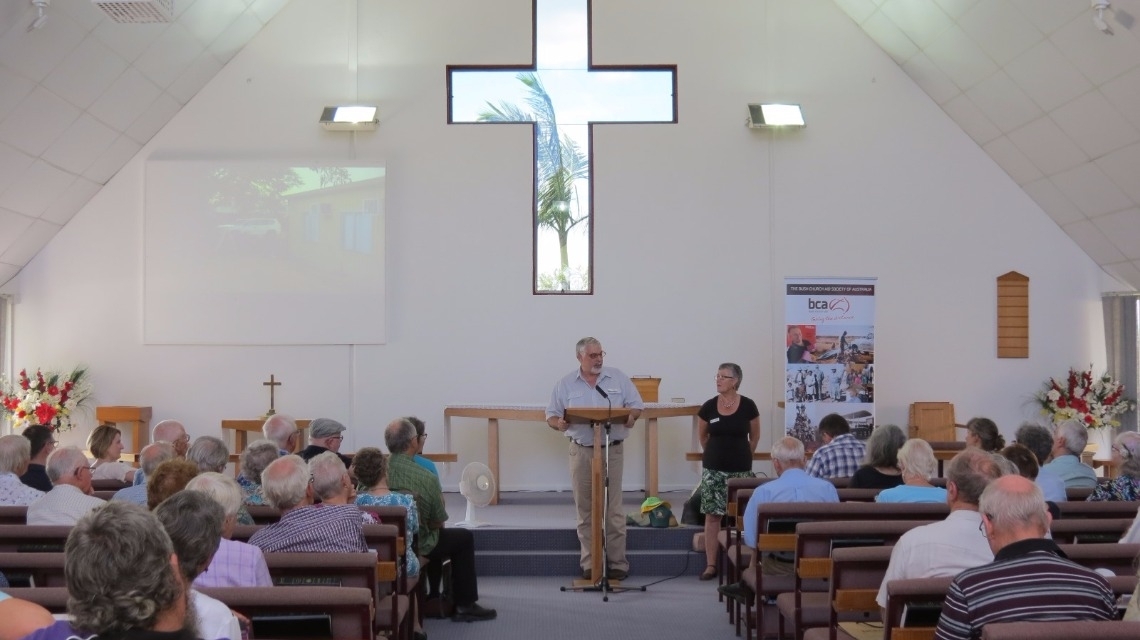 The Bush and Bible Day kicked off with the first of three talks by The Rt Revd David Cook, a former principal of Sydney Missionary and Bible College and currently Moderator General of the Presbyterian Church of Australia. David spoke on John’s gospel, his theme entitled ‘The Keys to Life.’

BCA Field Staff Rod and Christene Oldfield spoke about how God has shaped their lives and ministry and how they’ve been blessed by the communities in Coober Pedy, Norfolk Island and King Island. They shared how they’ve worked alongside faithful Christians in each community to begin and expand ministries. They also spoke about their current ministry in Cloncurry and the wide area it covers across the Gulf of Carpentaria.

The AGM saw the addition of two new members to the QLD/NNSW Regional Committee: The Revd Peter Palmer, former BCA Field Staff and Mr Isaac Milburn, a ministry student, with a rural background and desire to pioneer a different way to do youth ministry in the bush.

The team would like to thank members of the BCA monthly prayer group and Regional Committee outdoing themselves with the catering and the parish of St John’s Wishart for hosting the event.