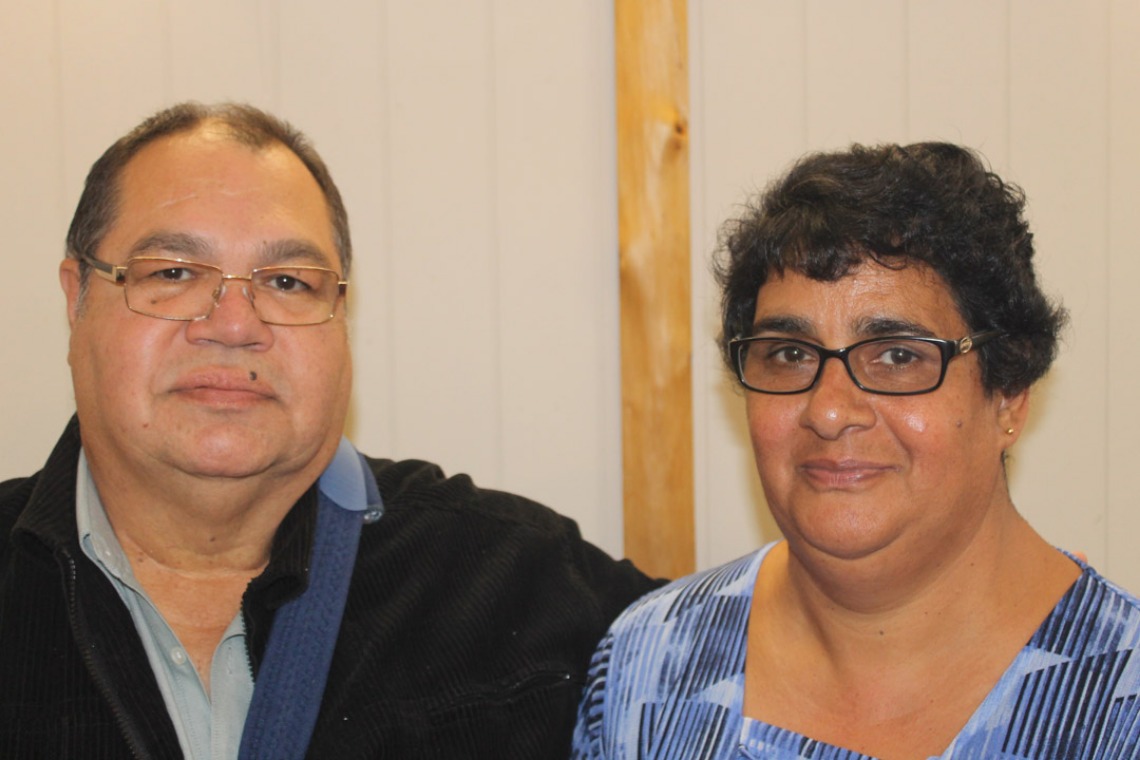 Just six months ago George Ferguson and his wife Carmel heard the call to ministry. They have just commenced a two-year Indigenous ministry traineeship with BCA. George is working at St Peter’s Anglican Church, South Tamworth, the Coledale Front Yard Fellowship and is completing the online Diploma of Bible Theology.

I was raised in a Christian family. My parents both loved the Lord and served Him faithfully in a little country town called Collarenebri. I saw my need to be saved at the age of thirteen, and committed my life to God.

Unfortunately, in my later teens I had to leave home in pursuit of work and it was only a matter of time before I wandered away from God. However, God in His grace and mercy never wandered away from me, and at the age of 21 He spoke to me in a vivid dream. He challenged me about the life I was living and where I would spend eternity. Immediately I repented and asked God for forgiveness. With His help I’ve been following Him ever since.

For the past eight and a half years I worked at Tamworth Hospital as the Aboriginal Liaison Officer. About two and a half years ago, the senior minister at St Peter’s Rod Chiswell, asked if I would be interested in assisting with Coledale Front Yard Fellowship. I felt that this was an opportunity to help out with ministry in Tamworth, so I agreed to give the team a hand. This was mainly playing guitar and helping out with the singing, but also led to role playing and sometimes narrating the children’s story.

About a year ago Rod asked if I had ever considered going into full-time ministry as he thought God had given me a gift. Carmel and I both prayed about it and felt that we were in the place where God had placed us. So we decided against entering into ministry.

In September last year my sister was unwell and during that month God spoke to me in one of my quiet times. He just said: “George, you need to be doing more for me”. I never told this to Carmel.

I contacted Neville Naden (BCA Indigenous Ministry Officer) and spoke to him regarding what Rod had asked us concerning ministry. Neville suggested that I go back to Rod and tell him of God’s call. Rod said: “Praise the Lord! I never stopped praying and he has answered my prayer”.

As Carmel and I set out into ministry we seek God’s guidance, as it is a new journey for us. We pray that He will settle us into work and study.