A passion to tell people about Jesus 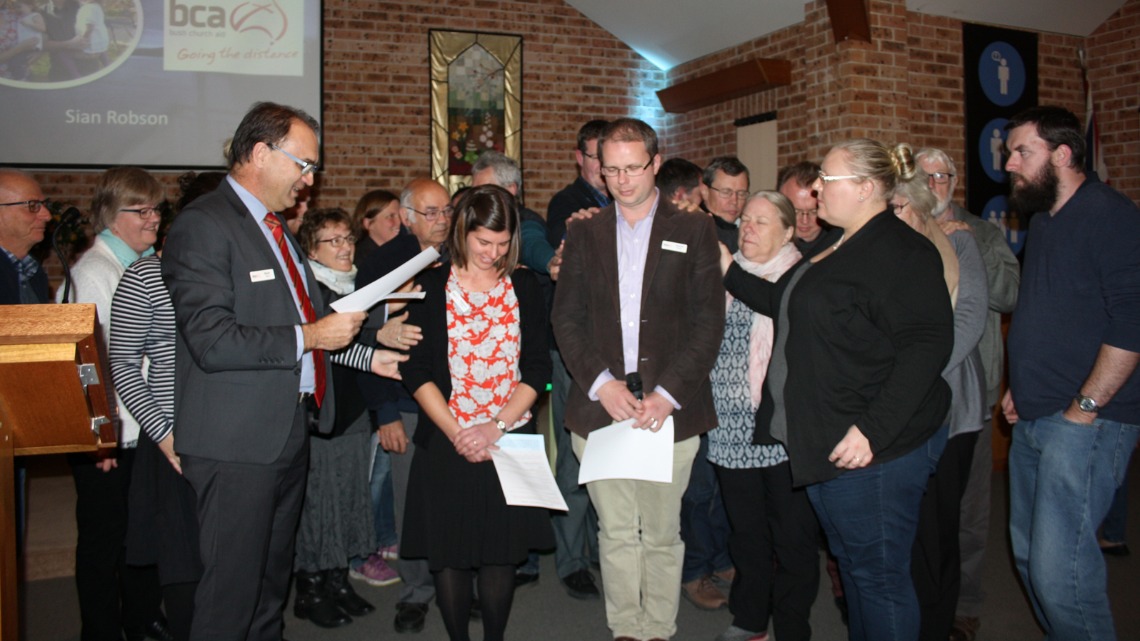 Daniel and his wife Rebecca grew up in the Illawarra, south of Sydney, but had very different paths to  faith.

Daniel became a Christian when he was 15 years old. “I was challenged by a friend who asked: ‘Do you believe in God?’. When I replied no she simply asked: ‘Why not?’.

She told me about the God of the Bible. Through reading the Bible myself and attending youth group, I learnt the good news of how Jesus died for me and I became a Christian.”

Rebecca grew up in a Christian family and went to a Christian school from Kindergarten to Year 12. “You could say I led a bit of a sheltered life but it was great,” she says. ”I always had people around me who showed me the love of Jesus.”

The Faricys were married in 2006 and from the outset thought about mission work – particularly overseas mission. They had a change of heart after Daniel commenced his masters’ degree. “We wanted to do work that was mission focused but within Australia,” says Daniel. “We contacted Gary Nelson, the Bishop of North West Australia, and he talked to us about Kununurra. It was the beginning of journey that saw us go through the application process to become BCA Field Staff.”

Daniel, Rebecca and their daughters Rachael and Jessica moved to Kununurra in August. It was quite the change of climate as they’ve served at Wentworth Falls in the Blue Mountains for the past 4½ years.

“There is so much to look forward to as we settle into life in Kununurra,” says Rebecca. “We’re excited to get to know the people of St James’, partner with them in ministry and proclaim the name of Jesus.

We’re also keen to hear their ideas about evangelism and how they want to see the church grow.”

The Faricys seek your prayers as they commence their term as BCA Field Staff. “We ask that Rachael and Jessica will cope with the change and settle into their new environment,” says Daniel. “Pray also for our parents back home as they will miss their grandchildren. And please pray for wisdom and good relationships that will help the kingdom grow into the future.”