A new season of ministry in Kyabram

After three years of serving as a student minister in Echuca, Jacob Kelly, his wife Sarah and son Theodore moved ‘down the road’ to Kyabram earlier this year. 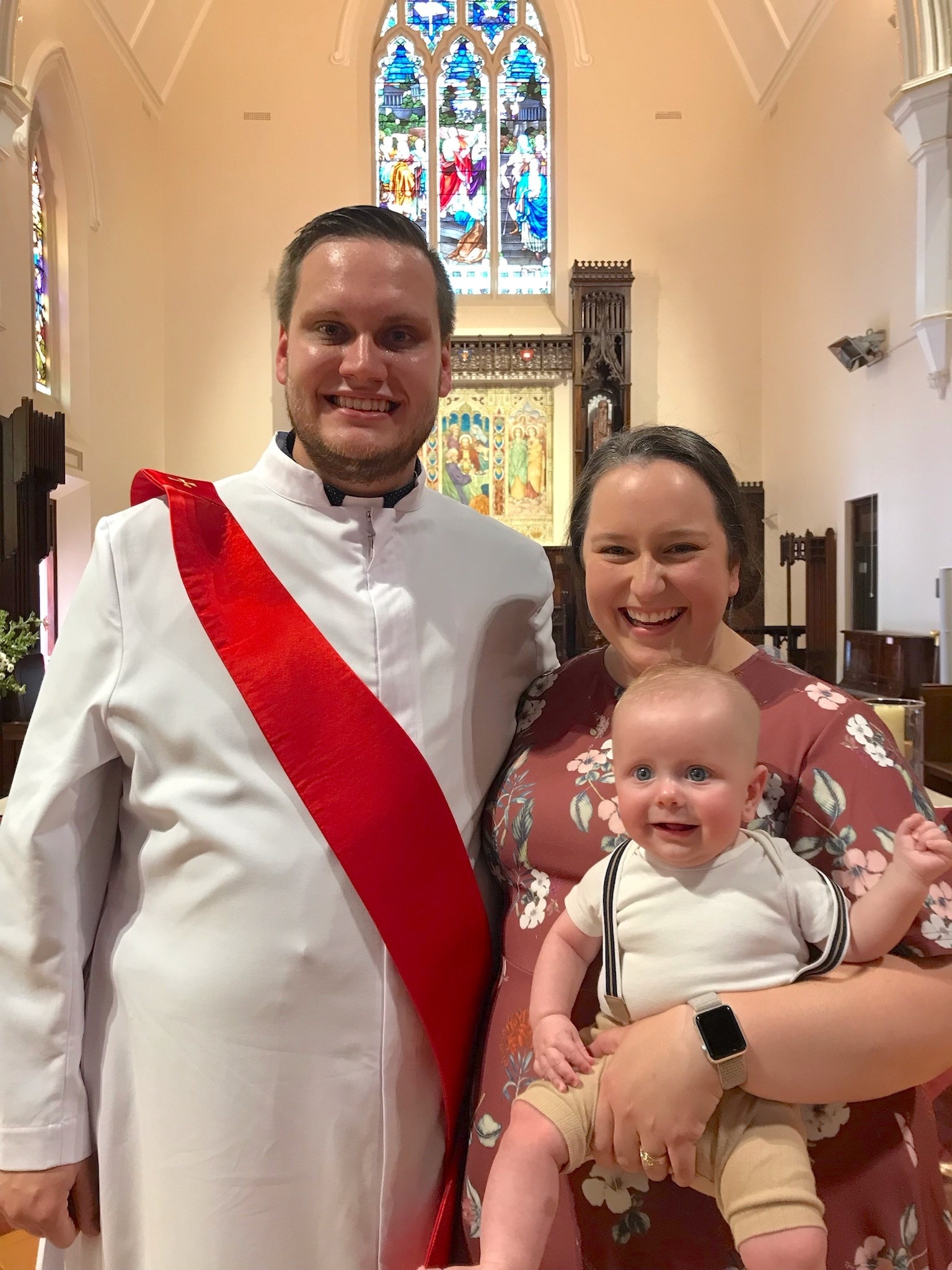 “It was sad to say goodbye to Echuca,” says Jacob. “But I think we had a successful season there. We were thankful for our time in Echuca and the people who were so gracious to us.”

During his time in Echuca, Jacob combined working three days a week in the church with full-time study at Ridley College. “It was tricky combining full-time study and work but it was great when I would find some way of seeing my studies in action or on the flip side when I could bring some examples from a ministry or pastoral situation and apply it to my theology or biblical studies.”

While the season of full-time study is now over for Jacob, he is still finishing the second part of his double degree. He was ordained in February after completing his Bachelor of Ministry but will continue his Bachelor of Theology studies, doing one subject a semester.

“While I’m continuing to stretch myself and further my theological education,” says Jacob. “Doing it over three years frees up my time for ministry.”

At Kyabram, Jacob officially works four days a week and so far he has found his role very pastoral and in some ways missional. There are about 60–80 people in the congregation but according to Jacob Sunday attendance sits around 50–60.

“So far I’ve had a lot of contact with people who are on the fringes of the church or who were part of the church a long time ago,” says Jacob. “They are very open to meeting me or having me in their home. In some ways there is a space prepared for a minister in the community. It is exciting to see what opportunities pop up.”

Recently Jacob took a funeral at the church and afterwards attended the wake. Apparently, this was quite unexpected. “People who weren’t even at the funeral told me that they were surprised to hear that I was at the wake!” says Jacob. “It’s fascinating how people who weren’t even there, heard I was there.” The wake, which was held at the fire station, gave Jacob the opportunity to chat with some of the firefighters. “I was wearing my clergy collar and the firefighters started sharing some of the traumas they’d been dealing with and sharing on a deeper level some of their struggles. I don’t recall these sorts of opportunities coming up in Echuca.”

“Community connectedness is a very important part of life here and something I’m exploring more and more,” says Jacob. “I’m really interested to find out more about the intricacies of the community and the stories that they tell. My sense is that the community has a story they live into. I would like to find out the story of Kyabram and how people see themselves.”

This year Jacob preached his first ever Easter Sunday sermon. “I looked at the passage in the Gospel of John where Mary mistakes Jesus for the gardener. Jesus asks Mary ‘who are you looking for?’. My challenge was to those who aren’t so engaged in the Christian faith, to look at who Jesus really is. The challenge for me will be not to make it the same sermon next year!”

As this new season of ministry for Jacob continues in Kyabram, Sarah has just re-commenced working one day a week in her teaching role in Echuca (around 30 minutes away). It has been a wonderful start in the community for Jacob, Sarah and Theodore who have felt loved and encouraged. Please pray with them that their ministry in Kyabram, Tongala and Stanhope will bear much fruit.