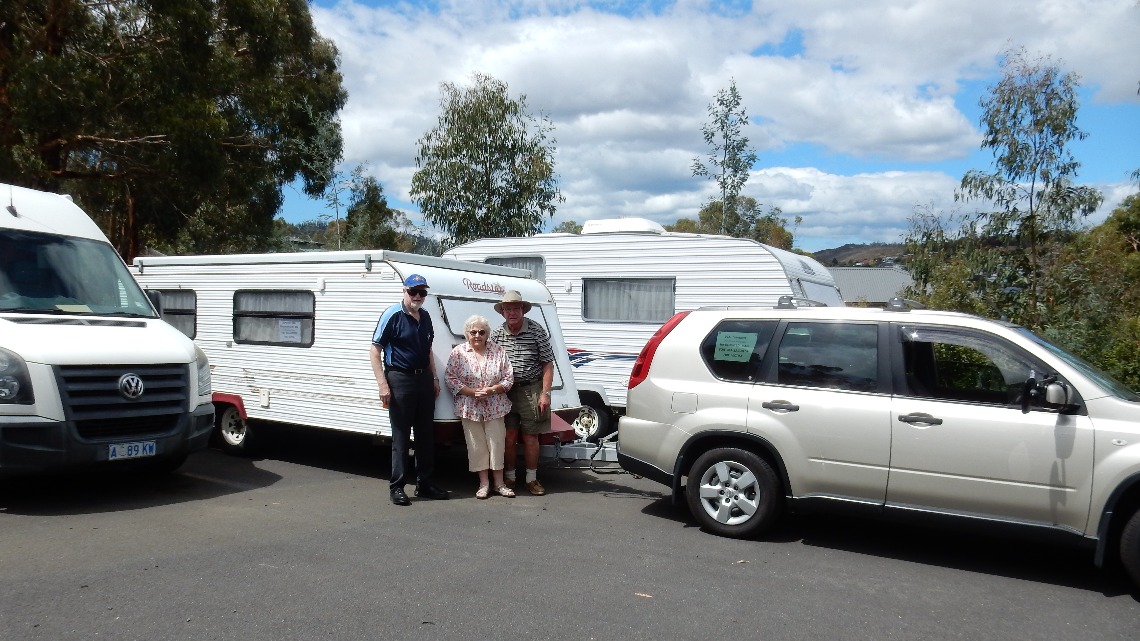 The bushfires of 2019/2020 devastated the Mallacoota region with many losing their homes and livelihoods. Countless people called out to the local church for help in light of their losses and one local resident received a life-changing gift.

Our former Tasmanian Regional Officer Dennis Quinn tells the story… The journey from Hobart to Mallacoota began with a conversation with Viv, the wife of Bob, a parishioner at our church. Viv offered to donate their caravan to someone in the East Gippsland region who was in need of somewhere to live following the devastating bushfires of 2019/2020.

Viv knew that I had been the Tasmanian Regional Officer for BCA and thought that not only would I have contacts in that region of South-east Victoria, but that BCA was a trustworthy organisation to work through.

My first point of call was to contact the Victorian BCA Office where I first spoke with Office Manager Bob Barclay and then Victorian Regional Officer Adrian Lane. Adrian suggested that I get in touch with The Revd Jude Benton, Priest-in-Charge of the Parish of Croajingolong.

Following our initial email conversation, Jude replied with a second email just a fortnight later informing me that a local man named Geoff had been in touch and required a caravan. He had lost both his home and his investment property in the fires. I received Jude’s email at about 10.30am on a Saturday morning.

I immediately contacted Bob and Viv and then BCA National Director Greg Harris to seek funds for the ferry crossing. When I told Greg of the need and the small window of opportunity to get the caravan from Tasmania to Mallacoota Greg’s response was "Go, go now!" So I was able to book a passage across to the mainland on the Sunday evening.

Lois and I left Hobart with the caravan in tow on Sunday afternoon travelling to Devonport and boarding the ferry for a relatively smooth crossing to Melbourne. We disembarked a little after 5:30am, headed east on the South Gippsland Highway for Mallacoota arriving there at 2:30pm. We met Jude at St Peter’s Church and handed over the caravan. So just three days after we heard that Geoff needed accommodation, he had a new place to reside in. We were delighted to play our small part in getting this caravan to him.